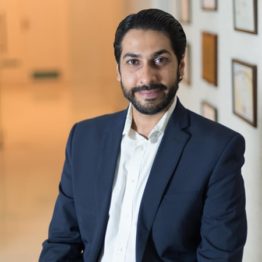 Dr. Rajat Kandhari(Skin Specialist in Delhi) completed his MBBS from Pune University and his MD in Dermatology from Sri Ramachandra University and Medical College, where he topped the university. After Dr. Rajat completed his MD, he worked at the busy Safdarjung Hospital, New Delhi and gained vast clinical experience over a span of 3 years, post which he ventured in to the field of Aesthetic Dermatology. Dr. Rajat has received initial training with international leaders such as Dr. Woffles Wu and Dr. Niwat Polkinorn, and now is passionate about disseminating the knowledge he has attained over the years. He is a regular orator at national and international conferences and is a national trainer for Allergan Aesthetics.

His Passion and Vision

Dr Rajat is passionate about facial aesthetics and firmly believes that working on the face is just like creating a beautiful painting, where even the tiniest of details makes all the difference. His passion and vision has led to the formation of an initiative called “Veya Aesthetics” wherein Dr Rajat and his team follow a methodical, graded and step by step technique for improving features of the face, thereby maintaining a natural and soft look, which is noticeable but not obvious. At Veya Aesthetics we take care of the whole face to give you that gorgeous look and a beautiful smile – the non-surgical aspects are taken care of by Dr Rajat Kandhari, the smile aspect by Dr Gargi B Kandhari (MDS Endodontics and Conservative Dentistry), along with Dr Priyanka Basu (MDS Orthodontics) and the surgical aspects by Dr Rohit Punga (MDS, Oral Maxillofacial) and Dr Talwar (Mch Plastics Surg.) Dr Rajat is currently a national level trainer for Allergan Aesthetics (Allergan Medical Institute)

At a young age Dr Rajat has achieved impressive academic credentials. He has authored and co-authored articles in national and international textbooks and national journals. He is a keen orator and is regularly invited at national and international conferences as a guest speaker. During his travels he has had the opportunity to interact with experts from all over the world honing his skills and expertise and bringing them to be practiced in India.

Dr Rajat currently holds the vice president (2016-17) post for the Indian Association of Dermatology (Delhi Chapter) and has previously served the branch in capacity of the Honorary Secretary (2015-16). He is currently a part of the coveted Special Interest Group for Lasers and Aesthetics (SIGLA) and also SIG Psoriasis in affiliation with the National Dermatology body.